Today, I turned 30. I originally intended to prepare food and invite some friends and also bring food in the Office. Busy as I am, I didn't have time so I just decided to just bake a mocha cake and cook pancit. Actually, I ordered purple yam cake because my husband loves purple yam. The cake I baked was for my neighbors. 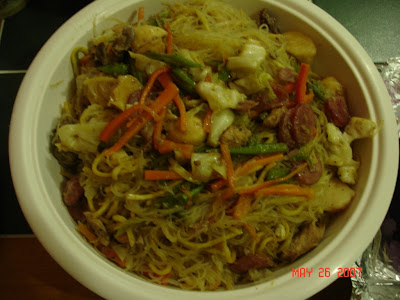 Pancit - sauteed fried noodles. Foreigners identify this as Filipino Food but to my knowledge, this is a chinese food that has evolved to what is it now. 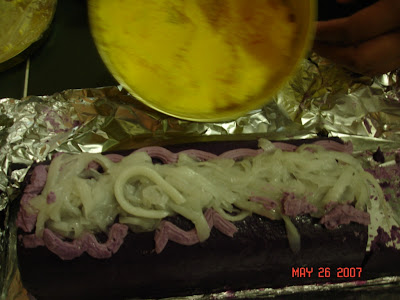 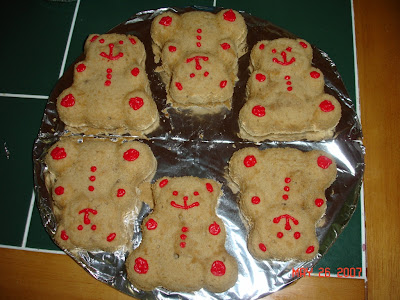 Mini-mocha bear cake that I baked and gave away to neighbors. I don't have time I wasn't able to frost the whole of the cake.

In the afternoon, we watched the matinee show of "Annie" at College of North Atlantic-Qatar (CNA-Q) Auditorium. The actors' performance were good. Too bad, the auditorium isn't really appropriate for a play. It's nice though as an auditorium. There's no "real theater" in Qatar. The one they used to have was struck by a tragic incident in March 2005. During the production of Shakespeare's "The Twelfth Night," a suicide bomber drove his car through the wall surrounding the theater. The show director, Jon Adams was killed. Several people who were at the theater and some residents nearby were injured . So far, that is the first and only bomb-attacked in Doha. Btw, the CNA-Q campus is huge and very spacious.

Then on our way home, we stopped at the Heritage Village and Al-Bidda Park (they are side by side) and took some pictures. We've been in Qatar for three years and this is the first time to visit these two places. There's not much to see but there seem to be a show at Heritage Village at a later time. Not sure what activities they usually have there. The Al Bidda park is strictly for families and strolling only.