In Memory of My High School Best Friend

I stumbled upon some old photos in our files. These pictures were intended for a slide show to be shown during our wedding reception. We already scanned some old photos but unfortunately, we didn't have time to set-up the slide show and we scrap the idea due to many other things we need to attend to.

I would like to share some good times with my late high school best friend, PAULYN who passed away two years ago. 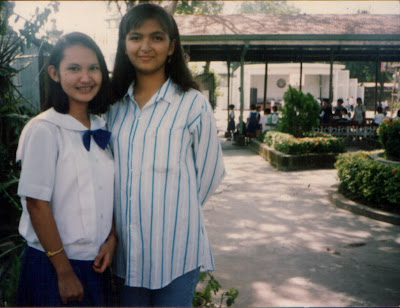 This picture was taken at the grounds of St. Mary's Academy
(former Sacred Heat Academy) in Guagua, Pampanga. I believe
this was taken a few days before our graduation. We have a lot of
good memories in high school. We were classmates when we
were juniors and became very close since then. Actually our
classmates and batchmates were the ones who called
us best friends and the rest is history. 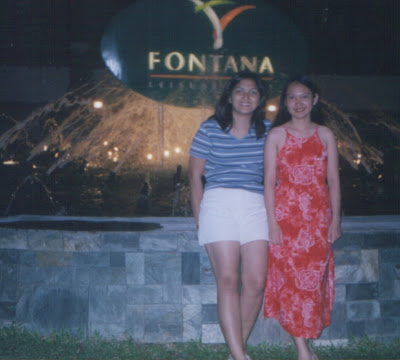 This picture was taken in May 1999 at Fontana Leisure Park in
Clarkfield, Pampanga. She was still in med school then and it was her
summer break. I just passed the Chemical Engineer's board exams
and I just started with my first job. She tagged me along (she always do,
whenever there's a chance) during their family weekend holiday
in Fontana, which was newly opened then. 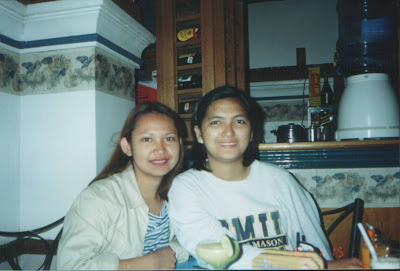 This was taken in Baguio City. I visited her in 2002 during the
Penagbenga Festival (Flower Festival). She have always invited me to
come for a visit during college days but I've never been able to because
of our different school calendar. My school has tri-mestral system and
her school had semestral system so the term breaks are obviously
different. Nonetheless, she stayed there until her third year in
Medicine proper so finally, I had the chance to visit her in 2002
during the Penagbenga Festival. For the first time, I was able to
witness the Penagbenga Festival celebration. I wish I
could show some photos of the floats but they are in the
Philippines - maybe next time.

It will take several posts and digging of old photos to reminisce the good time we shared but I will always remember PAULYN as a sweet and loving friend. She will always be in my heart forever.

she's lucky for having a friend like you. keep on posting.

I'm sorry to hear that your best friend already passed away. Thanks for sharing your wonderful memories together.

It's my first time to visit your blog.... and reading what you have just written ( though this is already some time back) about your memories with Paulyn made me teary-eyed...

How life is really too short ... time is so precious, it can't be wasted ... and what touched me most, that every single day as we grow older and older, it only proves me right that people who touch our lives will live forever -even when they die, because of the people who choose to keep them alive through their memories of them ...

Friends are really one of the greatest treasures in life ...

Hi Franz,
Thanks for visiting my blog :) I hope you'll visit again!